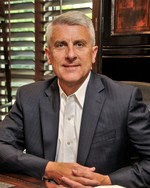 Born and raised in West Virginia, Rusty Hutson, Jr. is the fourth generation in the Hutson family to immerse himself in the oil and gas industry, with family roots dating back to the early 1900s. Rusty spent many summers of his youth working with his father and grandfather in the oil fields of West Virginia. The first in his family to pursue higher education, Rusty graduated from Fairmont State College (WV) with a degree in accounting. After college, Rusty spent 13 years steadily progressing into multiple leadership roles within the banking industry at well-known institutions such as Bank One and Compass Bank, prior to concluding his time within banking as CFO of Compass Financial Services.

Building upon his experiences in the oil & gas industry and the financial services sector, Rusty established Diversified Gas & Oil in 2001 as a cash flow model supported by mature, predictable long-life assets. After years of refining his strategy, Rusty and his team quietly took the company public in 2017 on the AIM growth market of the London Stock Exchange. Since going public, DGO has acquired nearly $1.8 billion in Appalachian upstream and midstream assets with net daily production of approximately 112,000 barrels of oil equivalency. In just three short years, the rapid growth of DGO’s asset portfolio led to a move up to the premium listing on the London Exchange. Rusty continues to lead his team and expand the company’s footprint throughout the Appalachian Basin while remaining focused on operational excellence, financial discipline and shareholder value creation.

Prior to joining the Company in October 2016, Mr. Gray held the position of Senior Vice President and Chief Financial Officer for Royal Cup, Inc., a United States based commercial coffee roaster and wholesale distributor of tea and other beverage related products. Prior to Royal Cup, Inc., from 2006 to 2014, Brad worked in the petroleum distribution industry for The McPherson Companies, Inc. and held the position of Executive Vice President and Chief Financial Officer. Before McPherson Companies, he worked for over a decade in various financial and operational roles with the previously listed NYSE retail group, Saks Incorporated. Brad received a Bachelors of Science degree in Accounting from the University of Alabama and earned his CPA license (Alabama).

Mr. Williams joined Diversified in July 2017 from Callon Petroleum. During Eric’s more than seven-year tenure with Callon, the company grew significantly from a market capitalization of US $40 million to over US $3.5 billion, successfully transforming itself from a deep-water asset focused company to an onshore, pure-play horizontal drilling operator in the Permian Basin. Eric was instrumental in developing and enhancing the company’s external reporting streams and established a formal investor relations function serving more than 30 sell-side analysts and a growing base of institutional investors. He began his career at the widely renowned public auditing firm of Price Waterhouse Coopers in Birmingham, Alabama. Eric has served in various roles including internal audit with a focus on Sarbanes Oxley implementation and compliance, controllership and financial reporting for several US publicly-traded companies. Eric has a B.S. degree in Accounting from Samford University, a M.S. degree in Accounting from the University of Alabama and he is a licensed CPA (Alabama).

Mr. Sullivan joined Diversified in 2019 with oversight of the company’s legal, land/real estate, and governmental affairs functions and works with the CEO and board on governance matters.  Prior to joining Diversified, Ben worked with Greylock Energy (an ArcLight Capital Partners portfolio company with extensive national holdings) and its predecessor (Energy Corporation of America) as Executive Vice President, General Counsel and Corporate Secretary with supervision of many business units.  Prior to Ben’s tenure at Greylock Energy, he worked as counsel for EQT Corporation as well as with a private law firm.  He is a member of the leadership and Board of Directors of several commerce, legal, and industry groups, and has considerable experience in corporate governance and reporting / ESG, complex commercial transactions, land/real estate, acquisitions & divestitures, financing, government investigations, and corporate workouts and restructurings.  Mr. Sullivan graduated from the University of Kentucky with a B.A degree in History and received a J.D. degree from the West Virginia University College of Law.  He holds licenses to practice law in several States, including Pennsylvania and West Virginia. 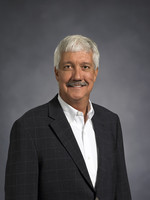 Mr. Rode joined the Company in October 2018, bringing more than 30 years of experience in the founding, growth and maturation of various oil and gas companies. Immediately prior to joining the Company, James served as CEO and Chairman of the Board for Core Appalachia, which he helped to co-found in 2016 and was later acquired by Diversified. Prior executive experience included roles as Vice President and General Counsel of Hercules Petroleum; General Counsel of EnTrade Corporation; Executive Vice President, General Counsel and Director of Interenergy Corporation (also co-founder); and Business Development Consultant of MDU Resources. In addition to his executive tenure, James has served on the Board of Directors of the Kentucky Oil and Gas Association, the West Virginia Independent Oil and Gas Association, and is a member of the Kentucky Bar Association. He earned his Juris Doctor Degree from Gonzaga University School of Law and a Bachelor Business Administration degree from the University of Kentucky.

Mr. Bentley joined Diversified in July of 2018 through its acquisition of EQT. He has 35 years in gas and oil operations, in both upstream and midstream. He is highly experienced in midstream operations, compression and well productivity. He is also an executive board member of the Kentucky Oil and Gas Association.

Bobby Cayton has more than 35 years of experience in gas and oil exploration and production operations. He started his career with Alamco in 1984 as a well tender and worked his way up to Superintendent in 1998. Mr Cayton has broad experience of the gas and oil industry from running swab-rigs, well tending, disposal well operations, sales, consulting, drilling and overseeing production in several states on the East coast. Prior to the Acquisition, he was Vice President of Appalachian Operations for Titan where he oversaw production operations and processing of 8,400 wells across the Appalachian Region. In addition, he is a member of the Society of Petroleum Engineers and several east-coast gas and oil associations.

With more than 30 years knowledge as an EHS professional and over two decades of exposure in the oil and gas industry, Mr. Espenan brings a wealth of experience to his role with Diversified as Vice President of Environmental, Health and Safety. After starting his career as a legal assistant in Environment and Occupational Law, Paul has since held various EHS positions at Halliburton, Burlington Resources, and LINN Energy and most recently served as President of the EHS Management Consulting firm, Inspiritus Group. Paul’s main passion of getting people home safely has led him to focus on transformational leadership and positively influencing corporate culture across all organizational levels. Paul, a Certified Safety Professional (CSP), received a Bachelor of Science degree in Environmental Health at Louisiana State University and a Master of Science degree in Environmental Science at the University of Texas at Dallas.

Mr. Kurtz joined the Company in 2017, bringing extensive experience that spans a 35-year career in the Appalachian oil & gas Industry. His experience includes land operations, mergers & acquisitions, divestitures, and joint ventures for multiple organizations. Immediately prior to joining the Company, Mr. Kurtz was employed with Atlas Energy, Inc. for 21 years where he held diverse positions that included Director of Business Development, Director of Production, and Senior Manager of Project Development. Mr. Kurtz is an active member of American Association of Professional Landmen, Society of Petroleum Engineers, and the Ohio Oil & Gas association where he serves on the Producers Committee.

Finance, Accounting, IT and HR Leadership

Mr. Barron joined the Company in June 2020 from Southwestern Energy. Randall spent the previous 22 years in the gas and oil industry building extensive experience in the areas of finance, risk management, capital markets, investor relations, and treasury. As Senior Vice President of Strategy & Finance with DGO, Randall has direct oversight of the Treasury, Financial Planning & Analysis and Investor Relations departments. After beginning his career in 1998 with ExxonMobil, he also worked 18 years for Appalachian developer and producer Southwestern Energy, most recently serving as Treasurer. Randall holds a Master of Business Administration degree from The University of Georgia. Randall's significant prior experience and contributing role in DGO’s strategy and financing decision-making are instrumental in the advancement of the Company’s forward-looking growth and success.

Mr. Garrett joined Diversified in March of 2018 from Callon Petroleum, an independent energy company in the Permian Basin. Prior to his tenure at Callon, Michael has served in various roles in Accounting for several US publicly-traded companies. Michael earned a Bachelors of Science in Accounting from Lambuth University and holds his CPA license. His oversight and direction of all accounting operations and financial reporting for DGO remains imperative to the corporate strategy of the company and the integration of new acquisitions.

Mr. Kirkendall joined Diversified in May of 2019 to lead our overall people strategies. Mark has extensive experience in Human Resources with diverse organizations such as: Royal Cup Coffee & Tea, Ocean Reef Club and Hyatt Hotels. Mark graduated from York College of Pennsylvania and holds certification from SHRM as a Professional in Human Resources (PHR©). As Senior Vice President of Human Resources for DGO, Mark remains focused on driving human capital strategy in support of our overall business plan and strategic direction.

Mr. Myers joined Diversified in August 2018 with over 25+ years of combined experience in operational consulting, retail and financial services. Prior to Diversified, David was the President of Henderson & Myers, LLC, a management and process consulting service firm with clients ranging from Fortune 500 companies to million-dollar privately-held firms. He has held multiple upper-management roles within several previously listed companies such as SouthTrust Bank and Saks Incorporated. David graduated from the University of Alabama with a Bachelor of Science degree in Economics. He has a proven record of developing and implementing business and operational processes that are supported by the proper technology to improve the overall efficiency and scalability of each company, all while delivering bottom-line results.

Mr. Crain joined the Company in May 2020 from Rosehill Resources, an independent energy company with operations in the Permian Basin, where he was Director of Investor Relations.  Prior to his tenure at Rosehill, John held a variety of finance roles over a ten-year period at Southwestern Energy.  As Vice President of Treasury with DGO, John has direct oversight of the Corporate Finance, Cash Management, and Hedging functions.  John graduated from the University of Arkansas with a Bachelor of Science in Finance and is a Charted Financial Analyst.

Mrs. Odom joined Diversified in March 2019 from Energen Corporation where she spent 27 years of service, most recently within Investor Relations. Her tenure at Energen included a wide array of financial modeling and analyses, including long-term corporate forecasting, gas and oil acquisitions & divestitures, and strategic planning, which together provided a solid foundation for understanding and advocating the gas and oil business and created a natural transition into an Investor Relations role for engaging both internal stakeholders and external investors. Teresa graduated from Auburn University with a Bachelor of Science in Finance and a Master of Business Administration.